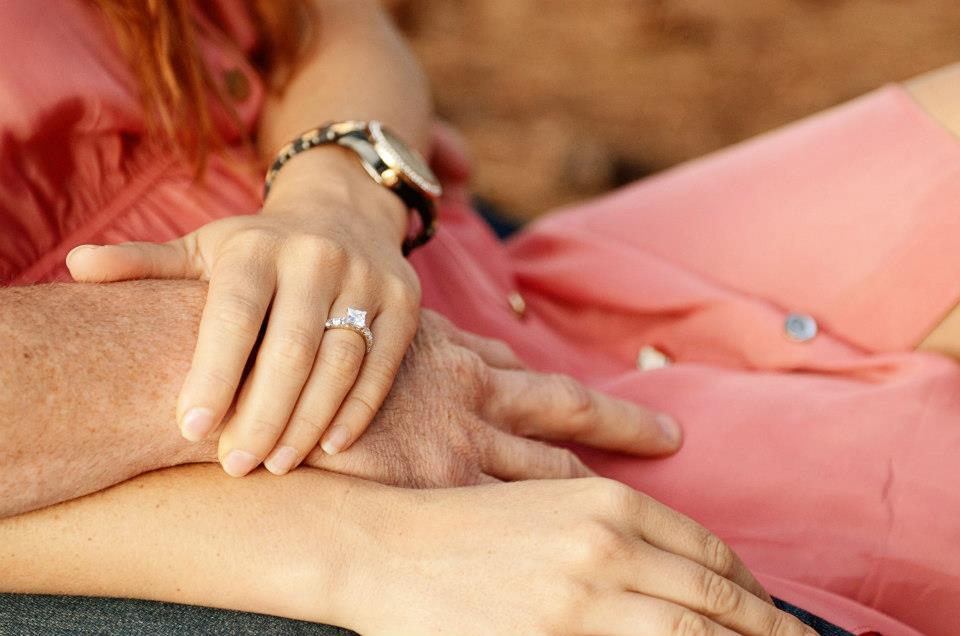 I may be biased, but my ‘now’ husband pulled off one of the most romantic proposals ever! I had planned a trip to New York for his 30th birthday and had no idea he was going to pop the question when we got there.

His proposal was almost ruined…

In order to pull off the surprise of a lifetime, my husband hid the ring in his check-in luggage so that I wouldn’t find it. When we finally arrived in New York, our bags went missing for three days. Luckily for him, the luggage eventually turned up.

I almost missed my que…

To make matters worse for the poor guy, I almost didn’t take the bait. We were in a little row boat together and all of a sudden, my husband alerted me to the fact there was a bottle floating in the water near by.

“Pick it up, see whats inside,” he said.

Me: “No way, its probably just got some sort of scam in there for tourists.”

After a little extra encouragement, I plucked the bottle from the water and noticed there was a message inside. Curious, I opened to retrieve it and started reading what appeared to be a page out of the New York Times.

Caught up in all the words, I almost missed the message in the middle of the page: It was the que for my husband to get down on one knee!

After a big YES from me, we started talking about the ring…

I wanted to know all the details about where he bought the ring, why he chose the design and if he had any help chosing it.

“He told me, he knew it wasn’t the ring I had in mind but he wanted something to propose with and that I could get the ring of my dreams at a later date.”

The proposal ring was a $500 silver cubic zirconia princess cut ring with diamonds down each side of the band. A classic, timeless style, I literally wore this ring for the next year and a half before spotting the Tanzanite diamond ring I had always wanted.

I was the best decision at the time…

After six years together, I had dropped so many hints about getting engaged. I honestly started to believe it would never happened.

At the time of the proposal, there is no way we could have afforded the ring of my dreams. We were midway through extensive renovations on our house and a $15,000 trip through Canada and the USA.

I was just soo happy to finally be engaged, that I didn’t care that my ring was a fake! (not that anyone could tell)

You don’t have to wait…

In writing this blog, I hope to inspire others not to get too caught up on the engagement ring. There are affordable options like proposing with a CZ or even having a ring custom made to your budget.

You don’t need to go crazy on a ring at first if you have other priorities and the ring shouldn’t dictate when you get engaged.

I have seen people propose with a Cheeto! I personally would not have been very impressed with a Cheeto but my $500 ring certainly made me very happy!

Get in touch with your local bespoke jeweller (The Ringman Wingman) Michael Dransfield from Burgundy Bespoke Jewellers today for your complimentary quote.