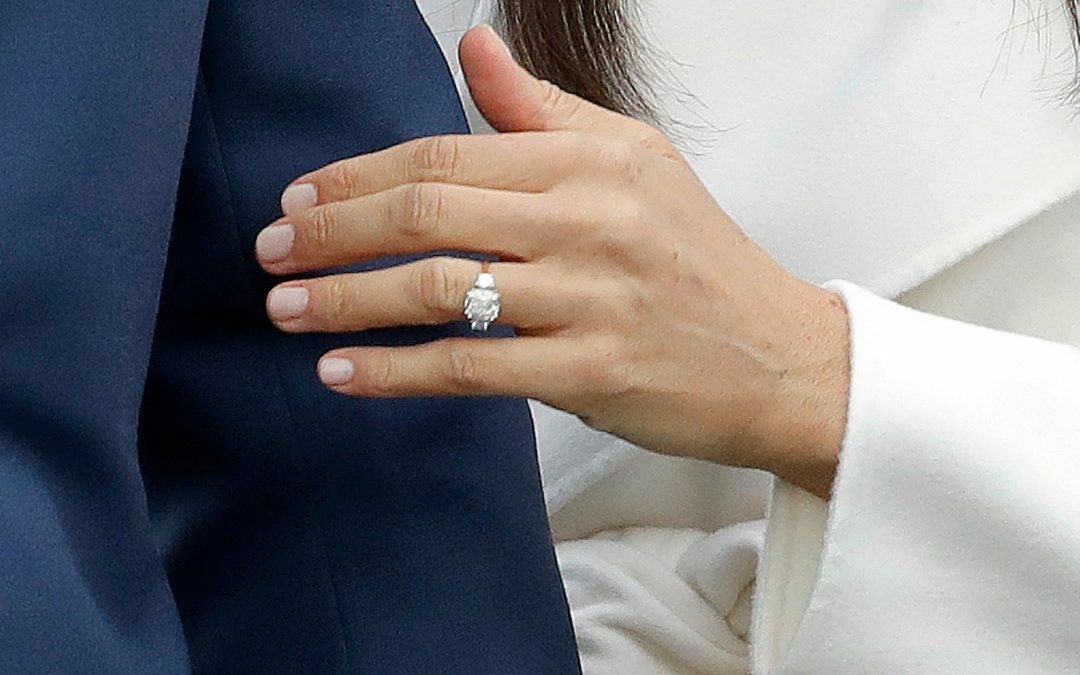 Out here in Brisbane we’re a long way away from the world of the British Royal family. I am sure there are plenty of republicans here on the Gold Coast who are glad of that too. However, it would be churlish not to wish the latest Royal married couple happiness in their marriage.

Also, you might not know it but there’s a bit of a secret behind the royal engagement ring and even Meghan Markle might not know all about it! I thought that was worth looking at even if you don’t believe Kings and Queens are the right way to go.

The Engagement Was Announced At Kensington Palace

Royal life is oddly formal in the UK and when Harry asked Meghan to marry him; the couple had to attend a formal photo call to show off the ring and dazzle the proletariat with it.

The ring itself is a beautiful piece and is centered around a beautiful (and substantial) diamond with a pair of side stones which are said to be from Princess Diana’s collection.

A gemologist, Grant Mobley, said he thought the ring would be valued at around £125,000 (rough $200,000 Australian). This is based on assumption that the largest diamond is approximately 4 carats and the other two stones around 0.75 carats each.

The Story Behind The Ring

The biggest of the diamonds is from the country of Botswana. It’s a fully landlocked country within the borders of South Africa. It has a booming economy and is one of the few nations in Africa with a developed nation’s income. However, it’s not so long ago that Botswana was one of the poorest countries in the world.

Harry is a big fan of the tiny country and is a key figure in rhino conservation efforts in Botswana. He spends a lot of time there and is quoted as saying that Botswana is, “where I feel more like myself than anywhere else in the world”.

It seems likely that Sarah Ferguson’s ring also had its diamonds sourced from Botswana so there is a familial connection that runs deep.

It is thought that Harry elected to go with a stone from Botswana, so he could symbolize his happiness there and pair it with his mother’s love in the other two stones. Yet, it seems that he may not have told Meghan about the significance of his choice.

Though, we imagine that by now, she’s worked it out.

Your ring doesn’t have to tell as an expensive story as Prince Harry’s ring but it ought to make your partner feel special and unique. Just like your love for them.

That means, you might want to talk to me before you propose. I specialize in making bespoke rings for engagements and weddings that tell those stories that people remember for a lifetime. I want to help you get the biggest commitment of your life started in the right fashion. Call me today to find out how reasonably priced a bespoke engagement ring can be.