What Will The Impact Of Same Sex Marriage Be On Australia’s Wedding Industry? 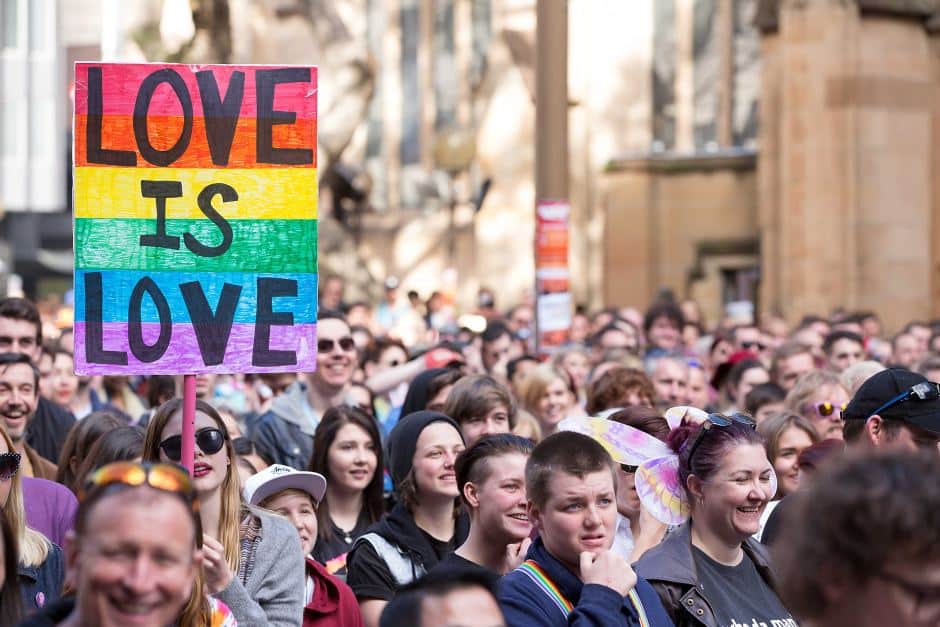 At times it seemed like it was never going to happen but 2017 was the year that Australia said “yes!” to gay marriage and “no!” to discrimination. It was a hard-fought campaign with a lot of strong feelings on both sides of the debate, but that debate is over now and we’d like to take a look at what same sex marriage means for the Australian economy and for its wedding industry.

First up, there are losers in the same sex marriage economy. They’re going to be those business catering to Aussie couples who had to go to New Zealand to get married because they couldn’t get married at home. Obviously, that will hit some travel agents and Kiwi businesses, but it shouldn’t be a dramatic hit. That’s because most people don’t want to have to leave the country to get married and we imagine there will be a steep rise in same sex marriages now that you can get married here in Oz.

Same sex couples are predicted to spend some serious cash on getting married and all the associated activities over the next 5 years. How much cash, you ask? $2 billion Aussie dollars, according to the Herald Sun!

In fact, in 2018 alone they say same sex marriages are going to add an additional $650 million of activity to the Australian economy according to Cherelle Murphy of ANZ bank! She said that it would “have a positive impact on economic activity” when the legislation was passed.

How Much Do Opposite-Sex Couples Spend On Weddings Then?

Couples who have been getting married in Australia prior to same-sex legalisation have spent on average $60,000 per wedding! It’s expected that same sex couples might spend a bit more than that as evidenced by other areas of the pink economy. Of course, even if they spent the same that would be a lot of money spent in the next few years.

How Many Same-Sex Marriages Will There Be?

The ANZ bank research project regarding same sex marriage forecast up to 38,000 couples would tie the knot based on the change in the legislative environment. If you consider that only 1,000 couples have got married in New Zealand in the last 5 years, you can see that this is a landslide change from a numbers perspective.

Are There Any Other Economic Winners From Same Sex Marriage?

Yes, there are. In fact, the data says that married couples would have a welfare safety net, lower levels of stress, and fewer mental health issues too. That means reduced government spending on benefits which means every Australian should be richer as a result of same sex marriage!

At Burgundy Bespoke Jewellers we would like to offer our congratulations to all same-sex couples for the victory and if you are looking to get married, I’d like to welcome you to our bespoke engagement and wedding ring design services. I know that love doesn’t discriminate and neither do we. Call me today and find out how I can help you prepare for the perfect marriage.