Some Of The Strangest Engagement Proposals Ever Made 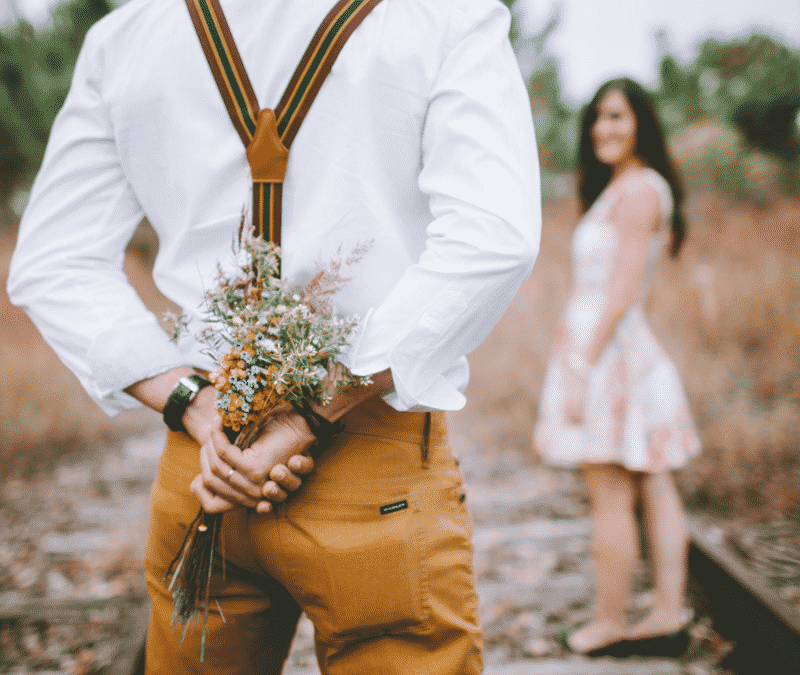 The traditional engagement proposal goes something like this; one person brings an Engagement Ring and a bunch of love in their heart and they go down on one knee and ask another person to spend their whole lives together.

I am a big believer in the traditional proposal. Classic romance never goes out of style. However, there’s nothing to stop you from breaking new ground in the engagement proposal world if you want to. Which is what these people did.

“Will you marry me” by Bruno Mars was the inspiration for Isaac Lamb’s most important moment. So, he brought together 60 of his relatives and chums to sing the song, recorded them on a video, and then played the video to his bride to be while she wore headphones.

Not only did she say, “yes” but the proposal went viral on YouTube too!

This one’s not as naughty as it might sound from the title. One guy decided that his girlfriend needed a little adrenalin boost to encourage her to accept his offer. So, he took her to the local theme park and took her on the log flume ride.

He also took two of his buddies, though she didn’t know it, and when they were on the ride, they flashed messages at strategic locations which added up to his proposal. She only saw them on the pictures at the end of the ride. This was really sweet but it must have taken a lot of planning.

I can’t stress this enough. Engagement Rings and food and drink do NOT mix. It might seem terribly romantic to hide a ring in a cake or a drink but if it isn’t found before the item is consumed, the next time the ring is seen – she’s not going to be feeling so romantic.

One guy failed to follow this rule and he dropped the ring in a strawberry milkshake of all things. And somehow, she swallowed it whole. Epic fail.

You have to be 100% certain of two things if you want to use this style of proposal. 1. That she is going to say “yes”. 2. That she actually likes flash mobs.

If you get either of those things wrong, you’re going to feel like a bully rather than a hero.

Anyway, it’s been done successfully, and one young gentleman got dancers and a marching band to put on an impromptu display for his girl. She broke down in tears because she was so emotionally moved by this.

So, knowing he’d done the right thing, he capped it with a proposal which received an enthusiastic “yes!” in front of the whole flash mob.

You should propose in a way that you feel comfortable with and you think your partner will enjoy. If you want to discuss the proposal along with the perfect engagement ring, why not talk to me? I’ll make sure the ring is unique and you can deliver the winning line.